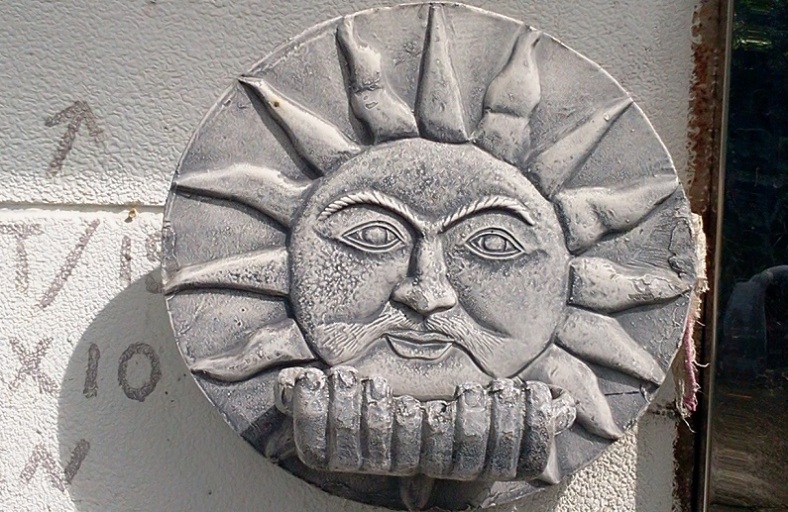 I have been re-reading Yu Jian’s second book of poems, The Naming of a Crow (《对一只乌鸦的命名》) from 1993, just to see if there was anything in it that I hadn’t really appreciated in earlier encounters. Here is one poem that suddenly struck me with a force that I had never noticed on previous occasions: without any clear idea of why, I decided just to get to work and translate it, and I was pleasantly surprised by the way the text seemed to open up as I went along. I’m a terrible reader sometimes; I rely on translation to do my reading for me!

If you read Chinese and are interested in how the language works in this poem, there are a few points of grammatical and lexical interest: I’ve listed these after the Chinese version.

One half of that white snake of stones is wound around the mountain
basking in the sun, while the other half
crawls through the legs of a pine forest.
A crow watches me grow up out of a field of grass:
it circles overhead to investigate
before hitting the road once more with the clouds ―
it thinks I’m a tree.
A herd of cows keeps a 12-year-old king company
as he dreams beneath Spring’s regal new canopy.
He sees a red bee in his dreams.
I pass as quietly as I possibly can but he wakes suddenly with a start.
In the spaces between mountains and towering trees between grass and the squirrels between sunlight and streams
we have swapped eyes forever.
He stays put far away in his mountains like a fairtytale about a forest spirit.
I spend the rest of my life trying to imagine the sound of his voice.

END_OF_DOCUMENT_TOKEN_TO_BE_REPLACED

The moss comes back, grass
comes back
into the rock-hard, sun-burnt earth, as Autumn
tilts us away from warmth,
aligns us
shivering with universal ice. Skies
unlove us. Winds butcher
the butcher blades on knives. And night
shrinks us stiffly in our skins,
reproaches us with outward-looking stars.
Now, futile enthusiasm and all our known know-hows
know nothing
and we hunker down clueless,
forgetting to Summer, forgetting to be
something the season is not. Yes, every season
has its own sense of occasion: this one’s
for mood and melancholy,
for shifting outside ourselves a distance
to peer in at what the light years’ light yearning
cobwebs as consciousness
some call “self” — a broken thing
life can’t like — and that others learn not to call,
to go without, to leave be
till wild first flowers come back at the world
and the grass of feelings we no longer inhabit
grows up its vivid signal in us whole. 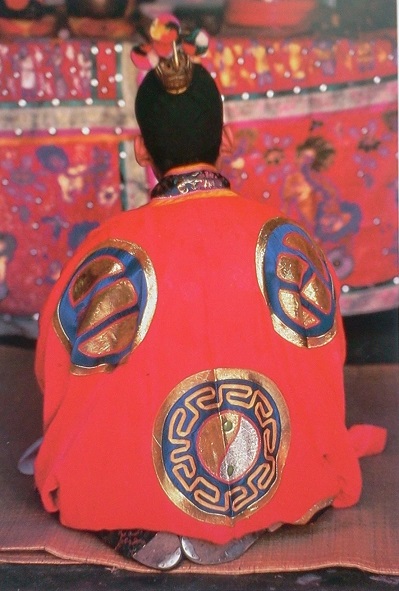 From Sai Kung, it takes about three quarters of an hour to get to the island of Kau Sai Chau, but if you’re lucky, the skipper will make the time pass more quickly by pointing out some of the features in the coastline along the way, such as the gaping Elephant Trunk Cave. Once on land, in the vicinity of the very fine Hung Shing Temple near the village, you can visit the memorial to English scholar Barbara E. Ward. Ward, an anthropologist who first went to Hong Kong in 1950, spent much of her life studying the local boat people or Tanka. She devoted herself to improving the lot of this marginalized group and, in the process, gained an enormous amount of knowledge, involvement and personal insight with regard to both the people and the territory. You couldn’t wish for a better a guide.

In Chinese Festivals (subtitled ‘in Hong Kong’), Ward distils something of her rich, first-hand experience for a general reader. Together with her gifted collaborator, the photographer Joan Mee Nar Law, she has created a book which sheds much needed light on Hong Kong’s most important festive occasions, and which encourages readers to become well-informed and actively curious ‘festival-watchers’ in their own right.

Why do many people from the English-speaking world develop such a fascination for a place that was once described as a ‘barren rock’? I think Ward goes some way to providing an answer to this when she reminds us to think of modern Hong Kong as “a centre of Chinese traditionalism” (13), a fact that is perhaps more conspicuous in the New Territories. I count myself fortunate in my own connection to the place: on my first visit in 1998, I lived in Cheung Shue Tan (‘Camphor Tree Beach’), a village located down a very steep slope on the road between Sha Tin and Tai Po. Having prepared myself for towers, shopping centres and crowds, I found myself instead in close proximity to nature, ritual, and a lingering echo of village life yet to be entirely eradicated by waves of industrial revolution. In other words, I was given the opportunity to experience a rhythm of life that my own culture had largely abandoned by the middle of the nineteenth century.

END_OF_DOCUMENT_TOKEN_TO_BE_REPLACED

There are no doors: it’s a temple
to gods elemental in their way as air and light,
supernatural and so naturally indifferent
to prim domestic space. The altar
against the back wall is garish crimson red;
the votive candles on it powered by electricity
burn day and night with all-too-human flame.
The only hint of scripture is in the signs of black mould
that wear the white-wash thinly.
In a corner, the caretaker’s broom and shovel
gradually gather dust. A rough-hewn wooden stool
the delight of childhood
sits there for those who need a moment of gloom
to pray to. At the right hour,
when Fan Lau seems sunk in shade, incense smokes
the buzz and the hush of the flies.