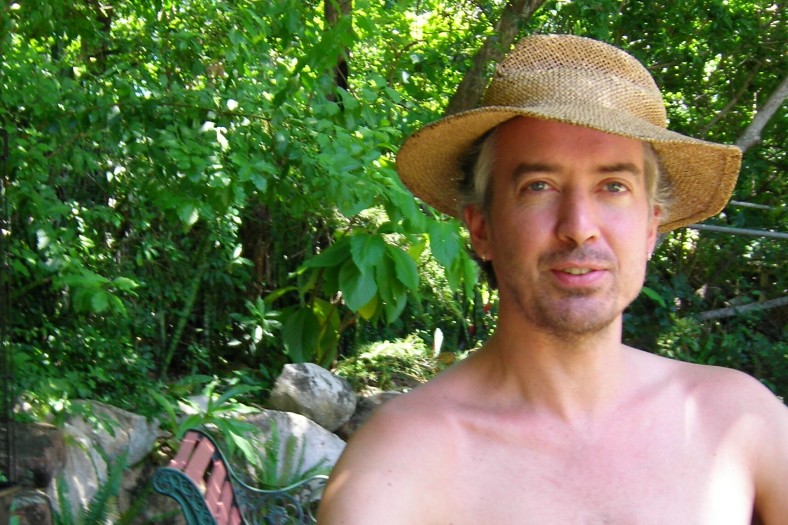 I was born in suburban Melbourne, Australia in 1961, left-handed and an introvert.

I got interested in poetry at around the same time I started listening to the radio. My first effort, scribbled at the age of fourteen, was a song called “At the Beach Party” . . .

I went to uni in 1980 to study poetry. I switched to Chinese instead in my second year.

In 1997, I received a fax (remember them?) inviting me to Hong Kong to work as an editorial assistant at Renditions: A Chinese-English Translation Magazine. I did three separate stints in 1998, 1999 and 2000. It was fabulous, and sparked my interest in King Hong Kong — an interest that has “snowballed” ever since.

I co-edited the China domain of Poetry International Web with the Chinese poet Yu Jian from 2002 to 2008. I took on more poets than I could handle, but we made a few more Chinese voices audible.

I escaped the city in 2011 and have remained escaped to this day.

I currently live with my partner, cat, chickens, goldfish and Sealyham the Terrier near Chinaman Creek in Central Victoria.